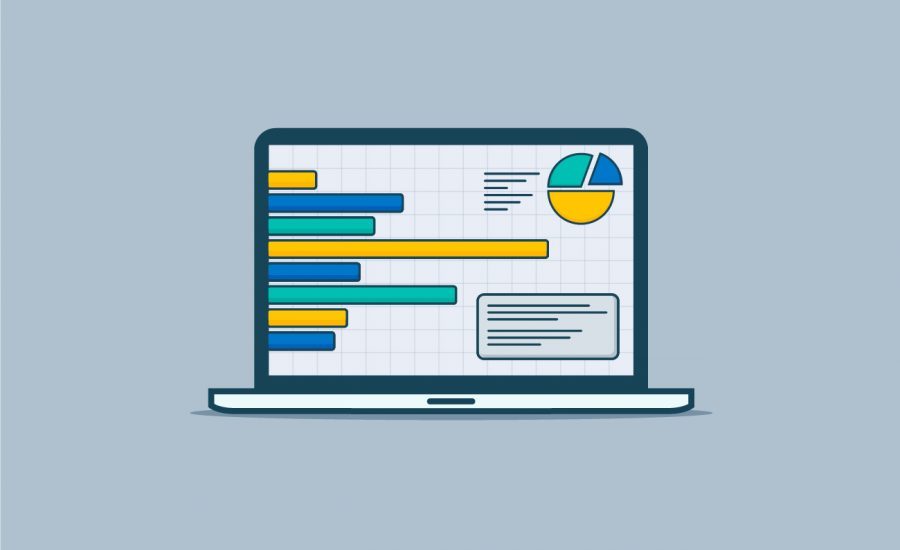 When it comes to advertising, social media is still pretty much new terrain for most businesses. There is a lot of uncertainty about what will work, which can lead to anxiety. How are you to know what marketing strategies are helping your bottom line?

The tricky thing is that there are dozens of social media advertising metrics, and you have to ask yourself which ones make the most sense for your brand. To figure that out, you need to clearly define the goals of your social advertising campaign. The metrics that matter most will change according to your objective. But before digging deeper into determining the goals of your campaigns, make sure you know the basics.

Regardless of your main goal, it’s always good to take a look at the six metrics below to ensure your ad is efficient both in cost (CPV) and targeting (view rate). Next to each metric, we will explain how it works and when it can be the most effective.

Put simply, impressions are the number of times your ad is displayed regardless of whether people click on it. Impressions are a useful metric in your social media repertoire because they can tell you how often your ads are appearing in the social space. Remember, before wanting to engage more deeply with your brand, people need to know you’re out there in the first place.

There are limitations though. While it’s great to know how many people saw your ad, that kind of information is of limited use if you’re trying to understand how to monetize your social media efforts. For example, a million people could see an advertisement for a pop star’s latest album, but if only a small fraction of those people actually bought the album, then that marketing wasn’t all that effective. This is a perfect example of why using a multitude of metrics is important.

Unlike many other metrics, the concept of views is pretty familiar to us. In relation to videos, it is the number of times something was seen. It’s similar to impressions, but the most notable difference is that views are only for in-stream ads (the ones that play without the user clicking to watch) and are counted when a user has seen at least 30 seconds or all of a video (if it lasts fewer than 30 seconds).

Views are useful when paired with impressions because now you know how much your ads are actually being seen. Alone, view measurements are of limited use, since they only tell you that people saw your ad. In conjunction with other metrics, however, views can help you gauge the effectiveness of your social media marketing. They give you a solid numerical base to work off of and let you know the reach of your marketing.

Like views, clicks are a bit easier to wrap your head around. But understanding how clicks fit into your armory of social media metrics is another story. You know that clicks mean that someone has quite literally clicked on something you served up. Great! What does that actually mean though?

Think of it like this: If someone clicks on your ad, that means that they found it interesting. Clicks are particularly useful in text ads, where you’re testing out different headline options. A click means that someone was enticed enough by your headline that they wanted to read further. As such, clicks are the No. 1 metric to use when determining whether a headline was a winner.

The main goal of most social media ad campaigns is to get people on your site. From there, you let your website do the talking.

But how are you supposed to know if your ads are doing their job and getting those precious visitors to your site? Behold the mighty click-through rate (CTR). This particularly helpful metric tells you the number of people who, as the name states, click through to your site after seeing your ad.

That said, you shouldn’t use this metric alone, because it doesn’t paint a complete picture of your marketing efforts. You could have 1,000 people clicking through to your site, but if your views were 100 million, then that might not be so great a campaign. The overall context is important if you are trying to understand how your marketing dollars are being spent.

The view rate is similar to click-through rate (CTR). While the latter tracks clicks, view rate counts the number of people who — you guessed it — actually viewed your video ad (i.e., they didn’t hit the skip button on Youtube). View rate is measured as the ratio of paid views to impressions.

Used with other metrics, the view rate can give you an idea of your video ad campaign’s value, since this metric counts views to impressions, or in layman’s terms, the number of people who are actually watching your ad for a certain amount of time.

Now here’s where we start getting into the financial side of things. Social media advertising clearly doesn’t come for free. You have to decide how much an ad placement is worth to you. With video content, cost-per-view (CPV) bidding is a way of setting a default amount that you will pay for your video ads. Websites like Youtube charge for these ad placements. With CPV bidding, you enter the highest amount you want to pay per view. This is called your maximum CPV.

Now for the burning question: How high should that amount be? That answer is up to you. It depends upon how much you, as the buyer, feel it’s worth to have someone watch your video. A common way to decide on maximum CPV is to use traffic forecasting data from AdWords or another similar site.

The two elements that affect your actual CPV are called Quality Score and Ad Rank. The Quality Score measures how relevant your content is to a viewer. This is then multiplied by your maximum CPV to give you the Ad Rank. In the war of advertising, the highest ranked ad wins — earning those highly coveted views.

As you know, most social media analytics offer several metrics. But focusing on too many metrics at once can be a fatal mistake for many marketers.

Now that you’re familiar with the main social media advertising metrics, it’s time to understand which ones you should focus on to determine if your campaign is reaching its primary goal.

Buyer beware: You don’t want to waste your time with vanity metrics that actually tell you nothing about your performance and prevent you from optimizing for success. Ask yourself: What do I want to get from this campaign?

Do you want awareness?

Let’s say you simply want your brand to be seen. You want people to get to know your company or products a bit better at the very top of the marketing funnel. When your goal is awareness, these are the social media metrics that matter most:

Do you want closer consideration?

As you move further down the marketing funnel, you’re seeking a little more action from your targets. You want to bring potential customers to your website so that they can learn more about your products or services. Hopefully, prospects will leave their emails, follow your social media channels and develop a relationship with your brand. When your goal is to obtain clicks and engagement, these are the social media metrics that matter most:

Do you want actual action?

Ultimately, you not only want your advertising to be seen, but you want to actually drive sales. Your goal is to get your target audience to at least try your product or service, if not outright hitting the buy button. You want to turn your campaign into profit. When your goal is to generate conversions or app installs, these are the social media metrics that matter most:

Optimize your campaign for success

Now imagine you put together the perfect social media ad campaign — and no one even sees it because it wasn’t placed properly. That’s a waste of both time and money.

But what if you employ an impressions analysis early on and recognize where your reach is falling short? Now you’ve saved yourself a whole lot of heartache, and together, you can retool your campaign so that those CPV dollars are better spent. This is the reason why monitoring social media metrics matters, because it allows you to optimize your campaign and make sure that the focus is in the right spot.

When it comes to social media advertising metrics, it’s a complicated game. But now that you know the rules, it’s yours to win.

Views: 5607
Thank you for subscribing!
This site uses cookies and other tracking technologies to assist with navigation and your ability to provide feedback, analyze your use of our products and services, assist with our promotional and marketing efforts, and provide content from third parties. Cookies Policy
I'm in