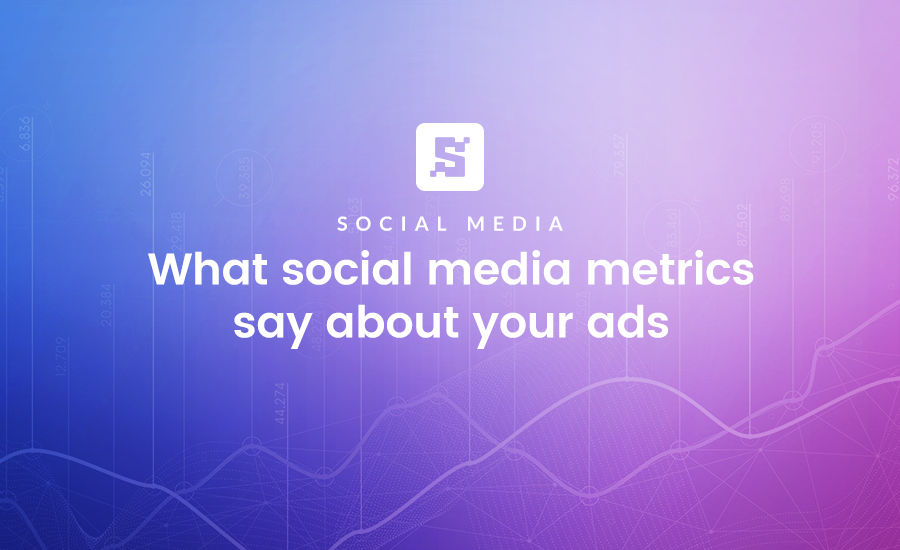 As many of us in social media advertising know, metrics matter.

They help marketers and advertisers understand ad performance, better understand their audience, how to improve ads and how to better allocate budgets. Social media ad metrics help determine return on investment (ROI), which is easily the most important reason to track and measure them.

Social media advertising metrics offer solid evidence to make the most out of your social ads.

Otherwise, you’re just aiming at a target in the dark.

A quick breakdown of vanity metrics

Vanity metrics consist of followers, fans, blog post views, number of subscribers and so on. They all have something in common: While they look great from the outside, these metrics don’t tell you how your social media ads are truly performing.

It’s great to have a large following because that might mean more engagement and more active users, but vanity metrics won’t tell you anything about your ads.

To understand if your social media ads are even paying off, here are what social media metrics really mean for your ads.

What social media metrics really say about your ads

You should always think of impressions as the amount of times your ad is displayed, whether it receives a click or not. Seems simple enough? For example, if you have a Twitter ad displayed on someone’s feed and they scroll right past it, that counts as an impression. That person spotted your ad but chose not take action on it.

The key takeaway: Measuring impressions helps you really better understand awareness, which is why it’s actually the first metric that most campaign managers will assess. Alone, they won’t tell you everything about your ad performance, but they will help you better understand why your content is performing well.

A click-through-rate (CTR) is a ratio of those who have seen your ad and those who have clicked. It’s determined by taking the number of total clicks and dividing by impressions. Of course, the higher the CTR, the better.

Let’s say, for example, your ad receives 2,000 impressions and gets 10 clicks. Your CTR would then be 0.5 percent. A CTR like this would need some improvement. The higher the impressions, the more clicks you’ll want to receive. Generally, a two percent CTR is considered good, but of course, there is always room for improvement.

The key takeaway: Always consider why people may not be clicking on your ad. Has the creative fallen flat? Is the messaging not on point? Does it not draw enough attention? Consider A/B testing your social media campaigns to find what resonates best.

A cost-per-action (also referred to as a cost-per-acquisition or cost-per-conversion) is exactly as it sounds: It’s a pricing model where you pay for selected actions. This might include anything from paying for clicks, to paying for Facebook likes, to submitting a form, to completing a purchase. It’s up to you determine the desired action.

CPA has the most risk associated with it, because you’re relying on good conversion rates. Put simply, the higher your conversion rate, the better your CPA.

A conversion in social media is defined as an action that you’ve defined for your ad. The cost associated with that is your cost-per-action. Naturally, you should aim for a high conversion rate and a low CPA.

So what does it mean if you have a low conversion rate on social media? It could mean a number of things—you’re using poor call to actions, your value proposition might be unclear or your ad messaging is simply falling flat.

The key takeaway: Low conversion rates will tell you a lot about your ads and let you know if you need to reevaluate your campaign strategy.

Cost-per-view (CPV) is a pretty straight-forward metric as it involves a bidding model. Both YouTube and Facebook offer CPV bidding which measures cost per user interaction or number of views on a video. You set the highest bid you’re willing to pay for a user to watch your ad.

In most cases, an average CPV on YouTube will be between $0.10 and $0.30, but CPV bids will depend on the type of market you’re in. Popular keywords and markets will often require higher bids and display ads will go to the highest bid.

Quality Score and Ad Rank will have the biggest impact on your CPV.

After all ads have been ranked, your overall CPV is based on an equation that considers the ad rank of the bidder below you and your Quality Score.

The key takeaway: Ultimately, the relevancy of your ad will be extremely important to the audience you’re targeting to achieve a good CPV.

There are many more metrics to track as you evaluate the success of your social media ads. These, however, are vital to the understanding of how well your ads are received and how you can improve ads for the future.

Views: 3200
Thank you for subscribing!
This site uses cookies and other tracking technologies to assist with navigation and your ability to provide feedback, analyze your use of our products and services, assist with our promotional and marketing efforts, and provide content from third parties. Cookies Policy
I'm in