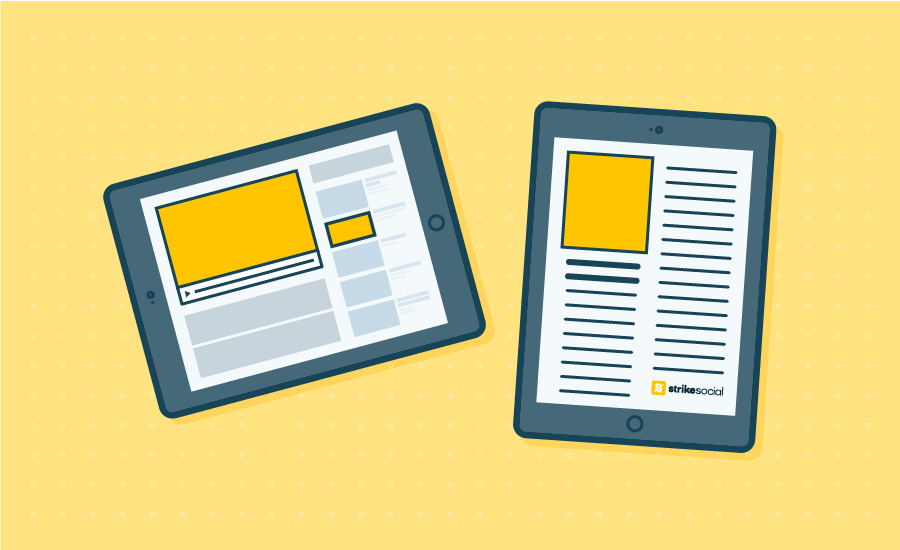 Online advertising is booming, as shown by an ever expanding array of ad options and the continuous introduction of innovative, productive tools to improve ad quality. From native to social, sponsored to branded, social media advertising is the most efficient method to reach your audience.

However, the terms in and of themselves are confusing as most people do not know the nuances of these words and mistakenly believe they are interchangeable with one another. They throw them about both online and offline, adding to the mishmash of understanding. Online blog forum Moz stated in an article, “Everything you need to know about sponsored content,” that they had received numerous questions from clients about the whats and whys of sponsored content, but their research “struggled to answer most of them.” Even the world wide web lacked a definitive answer.

In this article, we will take a deep dive into the contextual differences between branded content, native advertising, paid social media and sponsored content. Hopefully, by the end of the article, you will understand all of the slight distinctions between these terms and feel confident with the use of each term.

Any ad that appears on a social media platform and suggests a social response, such as a ‘like,’ ‘share’ or ‘connect,’ falls under the umbrella of paid social media. Paid social media is often (but not always) embedded in the social content through the user’s individual newsfeed. However, ads located to the right of the user’s feed and that contain a social call to action (like, share or connect) also fall within the realm of ‘paid social media.’

Characterized by its seamless insertion into a platform’s feed, native advertising is often found in paid social but can also hold space in paid search, sponsored articles, recommendation widgets and within apps.

Regardless of placement, users respond more favorably to native ads than display ads, as shown by a study by IPG Media Lab and Sharethrough. The study found that consumers looked at native ads 52 percent more times than banner ads, while 25 percent more users reported recall seeing a native ad rather than a banner or display ad.

Native advertisements are thought to enhance a user’s experience as the ad flows freely with the content and does not potentially pop up or fade out like intrusive display ads.

Native ads also work for users as they contain ‘disclosure’ language, meaning the platform typically includes the words “sponsored” or “promoted” in or around the ad.

Other variants of disclosure language includes: Disclosure language is typically placed in the top left corner of the ad but can also be seen at the bottom or to the left of a social prompt such as “Susie Smith, Natalie James and Paul Lee like StrikeSocial.” Here is an example of a social prompt on Facebook. For the purpose of this article, branded content is any content that is solely developed by the brand and published on the organization’s owned site(s.) It places the brand firmly under the publisher category. With branded content, the objective is to build an audience and engage with people who are interested in a particular brand and want to learn more about its ecosystem.

For example, American Express creates and publishes its content, places it on micro-sites and uses it in any number of proprietary ways such as email content, lead generators and so forth. other creators of branded contentinclude Major League Baseball, Red Bull, General Mills and Coca-Cola.

Sponsored content differs from branded content in two specific ways. First, the content is created as a collaboration between the brand and the publisher’s staff. Second, the developed piece is placed on the publisher’s site. Sponsored content’s objective is to drive awareness, generate leads and increase traffic conversions through the delivery of interesting informational or entertaining content. It also allows a marketer to align its ads with a specific target and reach a targeted audience.

Here is an example of sponsored content, as created by The Telegraph for Etihad Airways: Facebook defines branded content as “content that features a third party product, brand, or sponsor (“marketer”) and is typically posted by media companies, celebrities or other influencers.” Under our researched definition, Facebook’s use of branded content is incorrect, but it is a fuzzy area and one which requires research before ad placement to ensure full understanding: be precise in your language with these obfuscated terms and make sure your team understands the differences. Now go out and start advertising!

Views: 15512
Thank you for subscribing!
This site uses cookies and other tracking technologies to assist with navigation and your ability to provide feedback, analyze your use of our products and services, assist with our promotional and marketing efforts, and provide content from third parties. Cookies Policy
I'm in