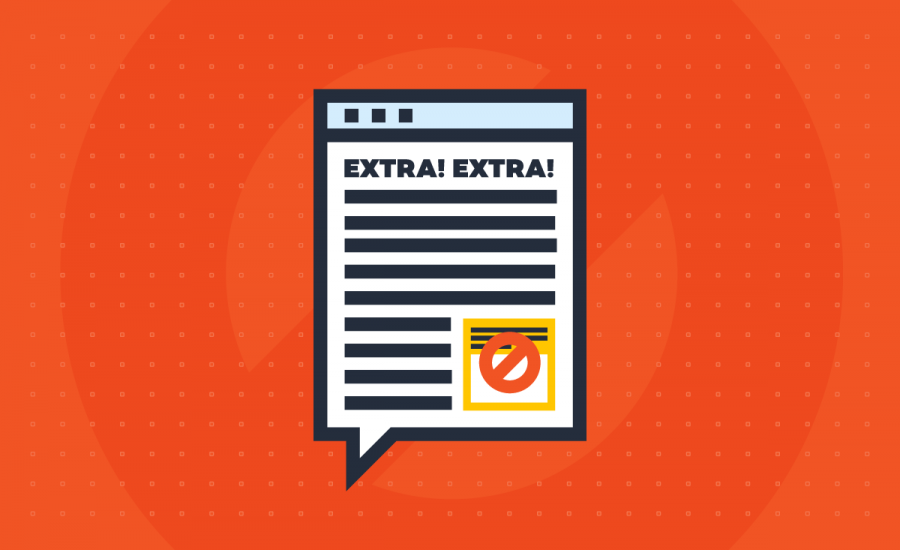 Advertisers were put on the spot when fake news became a major topic in the 2016 U.S. presidential election.

After a number of unrealistic stories about Hillary Clinton and Donald Trump went viral, the world learned about sites set up to spread misinformation — and in the process, make money through advertising.

The problem, of course, is far from over. In fact, fake news sites are still amassing large audiences through social media. They do so with exaggerated articles that play to the raw emotions of their readers, who then share the content with their connections.

Because programmatic advertising serves impressions to large audiences automatically, these fake news sites can take advantage of the system, tapping into revenue that would otherwise go to legitimate outlets.

Google and Facebook have been especially hard hit, since their algorithms predict what people want to see, resulting in a “bubble” where certain groups only get a partial view of the world.

Caught off guard by this phenomenon, the advertising industry is feeling the heat. Media buyers, of course, want to ensure their ads get seen by as many people as possible. But that doesn’t mean they want to finance junk websites, much less have their brands associated with such a divisive issue.

How can advertisers avoid fake news?

Much has been done since the fake news issue went public. Google and Facebook announced a slew of policies, such as preventing ads from being served on sites rife with falsehoods.

Meanwhile, the domains of major fake news sites are now widely known, and there are tools that allow people to flag outlets deemed dubious.

Still, the ad community can take others measures to avoid having their dollars hijacked. Here’s where to start.

To remain potent, your list should be updated frequently, as some fake news sites acquire different domains to circumvent the system.

2. Use a whitelist to separate yourself from fake news

A whitelist does exactly the opposite of a blacklist. Instead of blocking certain websites, it restricts impressions so that ads appear only on the sites you’ve listed.

You can create an index of reliable websites to make sure your money does not finance the fake news industry. The disadvantage? This strategy may limit your reach by not appearing in some perfectly acceptable outlets.

3. Hire an agency or specialist in ad fraud to manage your campaigns

An advertising expert is not only well informed about fraudulent sites but also able to recommend tools to keep your brand safe.

These experts will optimize your ads to appear within a worthy context. The very best media buyers will also offer 24/7 campaign management for complete oversight.

Many times, what leads to an ad appearing on a fake news site is a strategy focused on cheap reach. A serious and experienced agency will avoid these traps. It will also ensure your brand is protected at all times by putting the right processes in place.

While it’s important to be watchful, understand that the social networks are always updating their platforms and policies to prevent fraud.

For example, Facebook will no longer place fraudulent publishers’ ads on third-party apps or websites. It also launched a tool (see image above) for users to flag false stories. Meanwhile, Google now denies fake news outlets any access to its ad network.

Other platforms, such as Pinterest and Instagram, are less likely to be affected by fake news, because they are more visual in nature. LinkedIn also seems less a target, since political content is generally frowned upon within a professional setting. That said, no network is really ever immune.

Advertising agencies should provide monthly reports and disclose how ads have been served. Agencies should also answer questions at any time, bringing their clients into the fold at every stage in the process.

Transparency is key when issues like fake news affect the industry. Media buyers need to be especially well educated about how to handle campaigns to ensure more meaningful performance.

Work smarter and focus on quality

Fake news is a serious and tricky problem that can be overcome with effort and commitment from advertisers. Take some time to consider how these tips can fit into your strategy, and you will not only see better results for your clients, but you will also help build a healthier, more trusted community.

Views: 8524
Thank you for subscribing!
This site uses cookies and other tracking technologies to assist with navigation and your ability to provide feedback, analyze your use of our products and services, assist with our promotional and marketing efforts, and provide content from third parties. Cookies Policy
I'm in