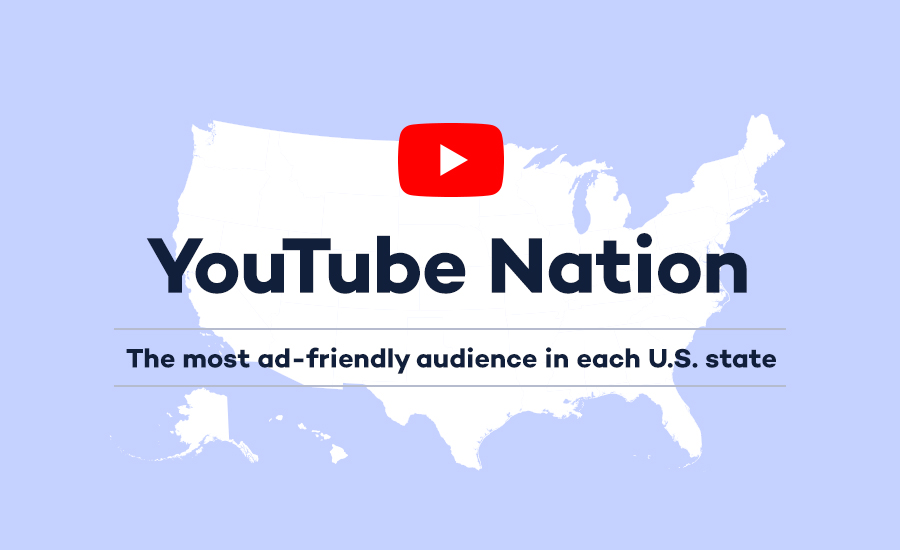 What makes most Americans similar and others a bit more unique? You can tell a lot by who’s the most tuned into YouTube advertising.

At Strike Social, we tapped our data science team to find out which advertising audience in each U.S. state is the most engaged on YouTube, based on view rate. After crunching the numbers, certain trends surfaced, along with a number of nuances.

Some states turned out to be what you might expect (for instance, nightlife enthusiasts rose to the top in New York). But in others, the results were a bit more surprising (shout-out to all the fashionistas in North and South Dakota!). And while the majority (41%) of YouTube’s most ad-friendly Americans are thrill seekers, there’s still a strong streak of individualism out west in Montana (home to an active constituency of comics and animation fans).

The complete results of our data analysis are lised on the map below: a visual guide to America’s YouTube nation.

Affinity audiences are a targeting option that enables YouTube advertisers to reach people who might be interested in specific products or services. There are several categories to select from, such as pet lovers and cooking enthusiasts. 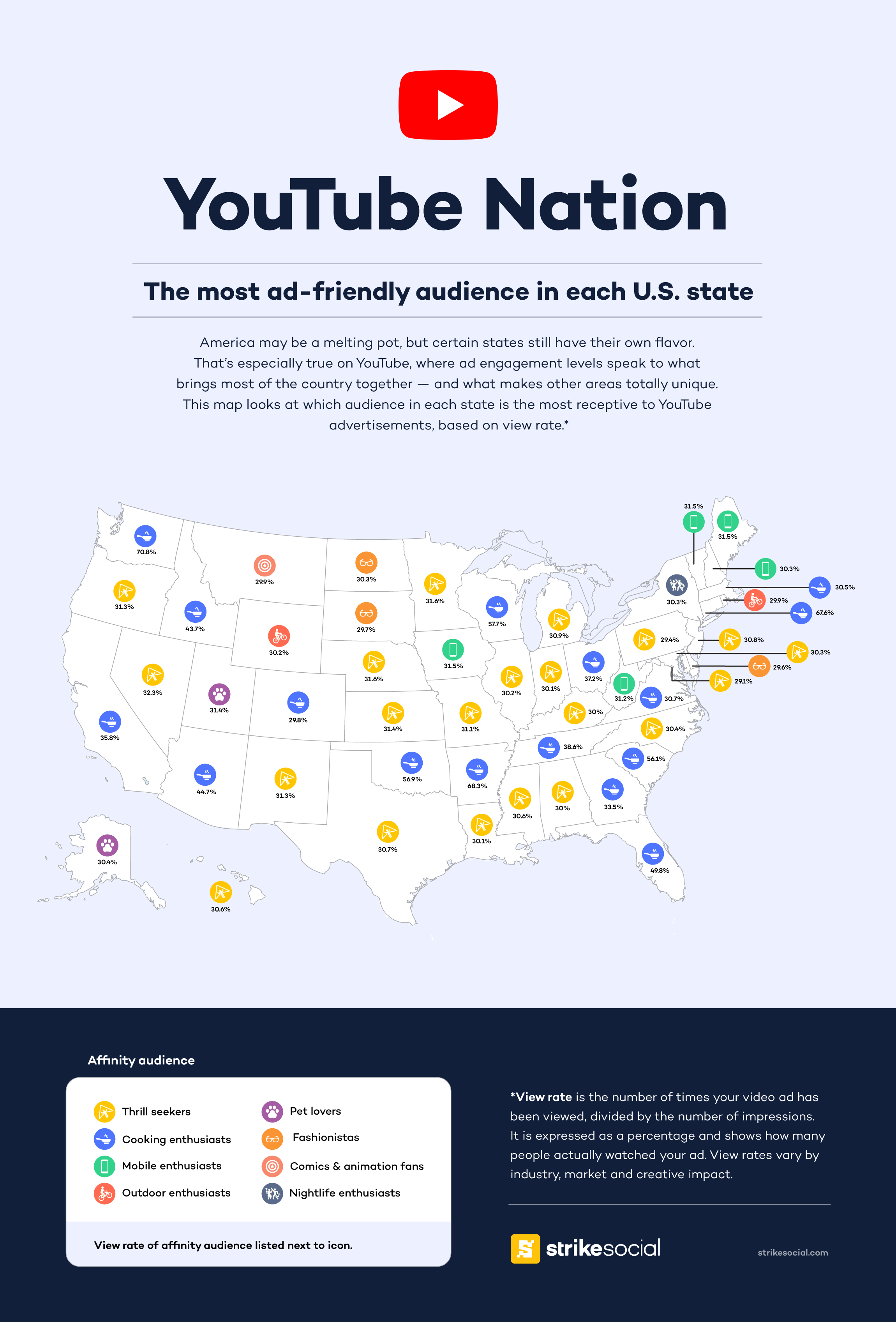 The states with the highest YouTube view rate by audience

Want another way of looking at these audience insights? Below we’ve listed the top three states in VR for each of the most popular affinity audiences on YouTube.

RELATED ARTICLE: Understand what is behind your YouTube VR

Views: 8742
Thank you for subscribing!
This site uses cookies and other tracking technologies to assist with navigation and your ability to provide feedback, analyze your use of our products and services, assist with our promotional and marketing efforts, and provide content from third parties. Cookies Policy
I'm in