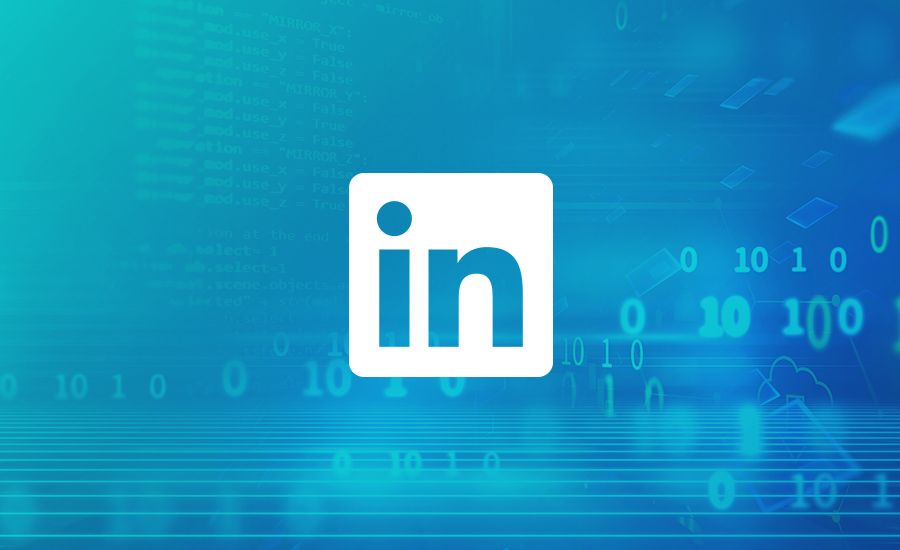 Are you suddenly seeing increased engagement on LinkedIn? You’re not the only one.

In a recent post from the professional networking site, it announced a new algorithm designed to help generate more engagement for users.

While millions of posts, videos and articles flow through the feed daily to its 500 million users, LinkedIn engineers noticed an unfair distribution in engagement, with an emphasis put on top creators.

That ultimately led to a new algorithm model that’s correcting how the platform ranks and distributes users’ content.

There are two distinct roles in LinkedIn’s feed: creators (those who share posts) and feed viewers (those who read the posts and respond to them).

Prior to its recent algorithm update, LinkedIn was seeing 50 percent year-over-year engagement.

Unfortunately, that increase wasn’t equally distributed among creators, with only the top one percent of creators taking the highest share of engagement. And the number of LinkedIn creators getting zero feedback on posts was increasing.

That resulted in crowding the feed with “hyper-viral” posts, and therefore viewers were missing out on posts that mattered closely to them.

So, in other words, LinkedIn attempting to push more content considered relevant to a general, broad audience eventually resulted in not-so-relevant content.

About eight percent of content feedback is now redistributed from top creators down to the bottom 98 percent of users. As a result, the platform is seeing a wide range of content more equally distributed among users and more users are posting because of it.

LinkedIn isn’t the only platform with an engagement problem

This isn’t exclusive to LinkedIn.

The phenomenon is called the “Matthew effect,” and it can be described as “the rich get richer and the poor get poorer.”

Think to your other digital marketing channels and your organic engagement metrics. Users across Facebook, Instagram and Twitter suffer from the same adverse effects of algorithms that prioritize content from top users or posts expected to go viral.

In general, established figures or well-known companies tend to see higher engagement levels in general across networks than those that are smaller and less-established.

That’s exactly what LinkedIn’s new algorithm is designed to correct.

What does the new LinkedIn feed mean for marketers?

More people are posting and engaging with each other more than ever on the networking site, so this must be good news, right?

Yes, but it’s highly unlikely you’ll start to see leaps and bounds in engagement from the algorithm shift. Instead, you’ll likely see some distribution in response levels to your posts but nothing extreme.

We believe that when algorithm changes come along like these, it’s important to explore these updates and test the marketing potential before completely diving in expecting to see a complete turnaround in results.

You should keep the following in mind:

Right now, the question is whether or not this will make LinkedIn more appealing to marketers and advertisers. If so, the platform could become even more competitive in the long-run.

How to make LinkedIn’s new algorithm work for you

According to LinkedIn, its new algorithm is already working for users as they continue to see more meaningful posts and more engagement across the board.

Still, you might be wondering if there is anything you should be doing to play into LinkedIn’s algorithm update. While there isn’t anything you immediately have to do other than simply monitor engagement metrics, there are some tasks at hand that can help you stand out and get stronger responses to your content.

1. Ask your community a question

LinkedIn is a place where professional conversations take place and connections happen.

Try opening your posts up by asking a question, or tell a story and end with a question to get your community talking.

The key here is to engage members of your audience through comments and shares, and one of the most powerful ways to do this is by starting a conversation.

Contrary to popular belief, your audience doesn’t always want to read big updates. If you have a business update, keep your post text under 100 characters for optimal engagement.

Chances are, you’re audience will be more willing to respond or react to your post rather than simply scroll past a block of text.

In this case, less is more.

We live in a visual world, and LinkedIn is no exception.

Imagery should be relevant and tell a story.

That’s why graphs and charts tend to see the most engagement on LinkedIn because not only do they provide the feed viewer with a bit more insight, they’re powerful and educational.

When in doubt, add an image.

4. Test your LinkedIn performance on weekends

Fourty percent of users use LinkedIn daily. The keyword here is daily. That means weekends, too.

Don’t limit your LinkedIn posts to weekdays simply because that’s when you’re audience may be most active in their lives. In fact, it makes the most sense to test times when your audience isn’t at work and is browsing LinkedIn for educational purposes.

This includes Friday, Saturday and Sunday along with evenings or early mornings.

Test when your audience is most active and monitor your engagement metrics. Then, focus on those days where you see the highest response.

As with all social networks, you should treat LinkedIn as its own unique channel with a singular purpose. Posting the same content over and over results in engagement dropping off.

Think about what people are on LinkedIn for:

After all, there are around 40 million student and graduate profiles on LinkedIn, which means your content can span from job openings to industry insights.

Linking your efforts to engagement

LinkedIn’s updated feed is just another change in the algorithm universe. Our advice is to be aware of these changes as they come along and continue to test your Linkedin marketing efforts and determine what works best for your brand.

Drop us a message if you have any other questions about LinkedIn’s algorithm update.

Views: 7342
Thank you for subscribing!
This site uses cookies and other tracking technologies to assist with navigation and your ability to provide feedback, analyze your use of our products and services, assist with our promotional and marketing efforts, and provide content from third parties. Cookies Policy
I'm in