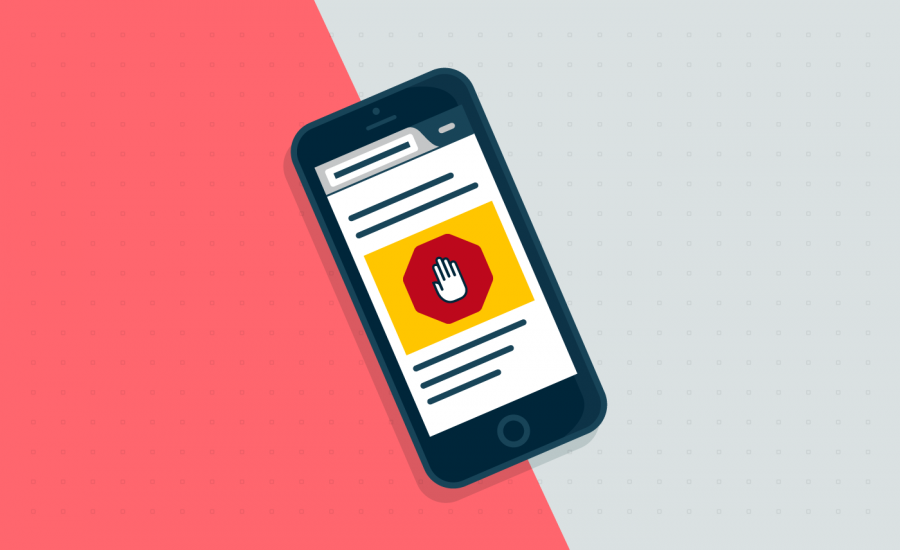 Even before the internet, people were looking for ways to avoid seeing advertisements. After all, no one likes seeing an ad obstruct their favorite TV program, radio tune or web search.

The rise of digital advertising brought new possibilities. While advertisers can access a large amount of data to create better and more targeted advertising, customers can create tools to fight ads they consider abusive. This scenario led to the surge of ad blockers.

The most popular ad blocker is Adblock Plus, a software that uses filter lists to block ads from websites. Essentially, these lists are a set of rules that let the ad blocker know which elements of a website it should be blocking.

According to the Interactive Advertising Bureau (IAB), 26 percent of desktop users and 15 percent of mobile consumers use ad blockers to remove ads from publishers’ websites. Adobe has reported that $21.8 billion in global ad revenue will be blocked this year due to ad blockers.

$21.8 billion is the total amount of ad revenue that will be blocked in 2016 due to ad blockers.

Advertisers now have to find ways to penetrate the steely barricade of ad blockers to reach consumers. And they have to do so in a way that won’t annoy them. It’s a delicate tightrope act.

To help you in this challenge, we will provide you a set of tips on how to create campaigns that will successfully fight ad blockers. But, first, we need to understand the reasons behind ad blockers’ adoption.

Who uses ad blockers and why? While ad blocker usage exists across multiple demographic groups, it appears that younger, more affluent people tend to use them more. According to a study conducted by Sourcepoint and comScore, millennials are more likely to use ad blockers, and within this group, those with higher incomes have a higher tendency to use them.

Since this is a high-value group of consumers, it poses a very real threat to the advertiser. On a deeper level, it means that there is a dissonance between the advertiser and the consumer.

Consider this: Ad blockers, as much as they are demonized in the online business industry, don’t block all ads. They just block the “bad ads” — that is, anything that it deems as too big, ugly or intrusive to consumers. The goal of AdBlock Plus, for instance, is to replace the “bad” ads with “good” ones that are smaller, subtler and subsequently less annoying.

In a study conducted by HubSpot in 2016, the majority of consumers agreed that ads are more intrusive today than they were a few years ago. It appears that the issue that consumers draw with ads is not so much with the idea of an ad itself, but with the size and positioning of the ads and how much they disrupt consumers’ online experiences.

What are publishers and social media platforms doing to prevent ad blockers?

If you thought that online service providers were going to take these defensive maneuvers lying down, you’d be mistaken. In fact, it appears that social media, in particular, is on the attack against ad blockers.

Earlier this year, Facebook announced that it would force ads to appear for all users regardless of whether or not they use ad-blocking software. For Facebook, a loss of clout and credibility in online advertising would drastically hurt its business which heavily relies on advertisements to fund the site.

The ad-blocking community around Adblock Plus rapidly found a way to launch a workaround to Facebook’s solution against ad blockers. Since then, they have engaged in a cat-and-mouse game that still has no winners, although Facebook seems to have an advantage due to its size and ability to rapidly work on a solution to any new updates ad blockers launch online.

The Online Trust Alliance (OTA) threw its hat into the ring as well when it released a white paper document that outlined the dangers facing the advertising industry, given the currently unsustainable practices in the business.

It notes that even beyond the concern to advertisers, a collapse of the ad industry would be bad for consumers as well since many of them rely on “free” content that is supported by advertisements.

OTA advocates for a renewed emphasis on user experience, transparency, impact to device performance, security and privacy in the ad industry.

Meanwhile, companies like Netflix are partnering with publishers to develop creative solutions to fight ad blockers. Netflix targeted ad blockers’ users to promote the series “Black Mirror.” When people with ad blockers installed visited the news website The Next Web, they saw an ad featuring an alarming message: “Hello ad blocker user. You cannot see the ad. But the ad can see you” (see image above.) The ad led site visitors to Netflix where they could watch the series.

What can you do to fight ad blockers?

There is much you can do to avoid ad blockers and improve the viewability of your ads. We listed some strategies to help you avoid any losses that might be caused by ad blockers.

The good news for advertisers is that mobile apps are still immune to ad blocker technology and as such are a good, safe bet when you are trying to fight ad blockers. The issue, though, is that you can’t specifically target users of Facebook’s mobile app, for example, when optimizing your campaign. To reach mobile users you have to use some tricks such as establishing a campaign that targets iOS and Android users but not main mobile browsers such as Safari. Excluding a market like that involves risks, but if you are trying to reach a particular set of users, it is a safe bet to go for the apps.

Some websites have their pages set up to prevent ad blockers’ users from entering the site until they disable their ad software. Forbes is one such site that has implemented this tactic. Focusing on websites that block ad blockers is a way of improving your ad viewability. You can also take a creative approach like Netflix.

It is a way of improving your chances to get your articles seen by consumers. Why? Because native advertising blends in original content by mimicking the style and format of their host website. As a result, they are not affected by ad blockers. It is important to note the FTC has established new rules that state they will be penalizing “deceptively formatted advertising” that is barely distinguishable from regular content. As you remember, customers do not want invasive advertising so you want to make sure that your native ad will be creative and focused on your target audience’s needs.

This is a particular form of native advertising that is co-created between the brand and the publisher and placed on the publisher’s site. Whereas advertorials have distinct calls to action, sponsored content is a little softer and is generally more informative than persuasive. Sponsored content is a good option if you are aiming to remind consumers of an unmet need or might be successful if a topic resonates strongly with an audience. The downside is that it is absolutely crucial that your ad be placed in the proper space. Unlike overt advertising, if you put sponsored content on a platform that doesn’t match your audience then it will fail spectacularly and hurt the host site as well.

One of the big issues with ad blockers is the lost money for advertisers, right? Well, that only accounts for the ads that are charged based on exposures. If you’re losing money from blocked ads, it is probably because your ads are exposure ads. If you switch your strategy to engagement (i.e. clickthroughs)where you are charged based on the number of people interacting with your ad, not just seeing it, your results will be different. It’s important to remember, though, that if your ad requires a large amount of exposure then this may not be the route for you. Even in this case, it’s best to assess the goals and qualities of your advertisements to see if they’re the right fit.

These are the ads that usually play before YouTube videos or come up in the middle of longer YouTube video streams. If you have video ads or ad content that could be suited to video, this is something worth looking into. Remember that YouTube is the second-largest internet search engine and it is largely supported by ads. It’s difficult to overstate its value. As a bonus, since Google owns it, YouTube gets constant updates to help it circumnavigate ad blockers. The downside is that ad-blockers can keep up with these updates and can block some video ads.

No, we don’t mean your own company emails or newsletters (though you should be doing those as well.) When we say email advertising, we are referring to the purchasing of ad space in another company’s email marketing or newsletter. This can take many forms with sponsorship being among them. One of the biggest benefits of this type of advertising is that you’ll reach your niche market directly. This can lead to better quality leads for your company.

Perhaps the best and most comprehensive alternative is not trying to fight ad blockers directly. Instead, advertisers should listen to what consumers are saying. They may not be saying it verbally, but their adoption of ad-blocking software speaks loudly that the current methods of advertising are not resonating with them. They find ads to be intrusive and annoying, but they also take for granted all of the “free” content that advertisers supply them.

Something that advertisers need to do is to both address the dissonance between ads and consumers while also reminding them of the importance of those ads. They may be a nuisance, but they help sustain that content which users take for granted.

Listen to your audience

Ad blocking software poses a very real threat to online businesses and consumers. The best way to fight them is not by making ads more deceptive but by addressing the concerns of consumers and adjusting your advertising strategy as a result.

Views: 7644
Thank you for subscribing!
This site uses cookies and other tracking technologies to assist with navigation and your ability to provide feedback, analyze your use of our products and services, assist with our promotional and marketing efforts, and provide content from third parties. Cookies Policy
I'm in