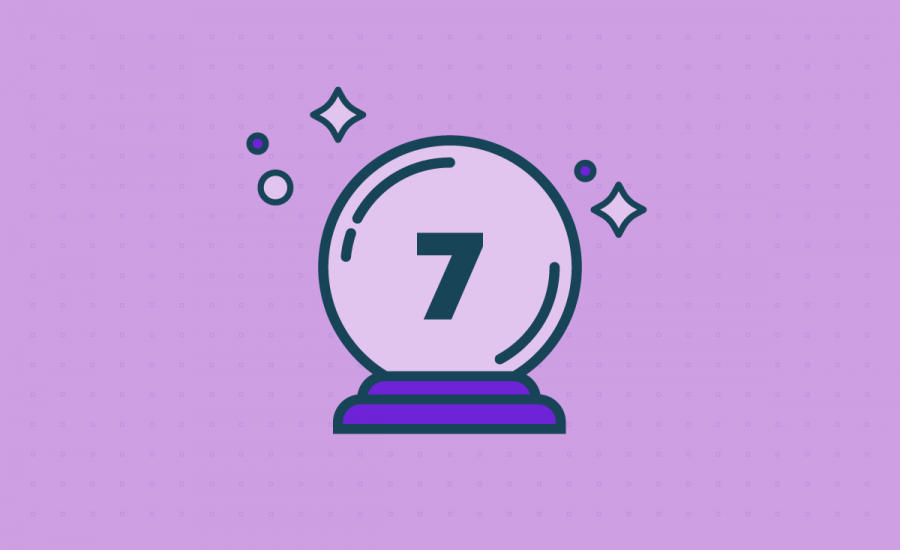 As 2016 comes to a close, we’re looking to the future to see where the advertising industry as a whole is headed. From a video-streaming tax to Facebook cutting deeper into Google’s terrain, here are our predictions for 2017.

1. Video-streaming taxes will pick up steam

Lawmakers around the world are looking to tax video-streaming platforms, such as Netflix, Hulu, Amazon, Google and Apple.

France’s National Assembly voted in favor of a video-streaming tax in October. Coined the “YouTube tax,” France would apply a 2 percent levy on all video streams, plus an additional 8 percent assessment for the downloading of pornographic or violent content (10 percent total). France’s law, which needs further approval, would apply the tax to either subscription or advertising revenue.

The taxing idea has gained traction in the United States as well, with several California cities considering amendments to municipality codes to include the taxing of subscribers of video-streaming platforms. Cities claim to have lost millions in revenue due to a decrease in cable subscribers, as more Americans become cord cutters.

At Strike Social, we believe this trend will continue and possibly accelerate in 2017. How it will affect advertising revenue is unknown, but the increased cost of doing business could lead to economic stress throughout the chain.

2. Emerging technologies will take a bite out of cookie tracking

As the ability to track individuals from device to device becomes more reliable, Digital ID technologies are changing the way we count unique users. Moving beyond the cookie would be beneficial to digital advertisers, as brands would be able to discern unique visitors, regardless of device and lead to more accurate advertising metrics.

Underscoring the importance of accurate visitor counts, a 2014 British study showed that people switched between devices (laptops, tablets and mobile phones) 21 times over the course of an hour. Under the current method for counting users, each device counts as one user. Cookie-based technology skews the count and keeps digital enterprises from receiving accurate information on the number of unique and returning visitors to a site.

To counter the cookie conundrum, alternative tracking methods, such as deterministic and probabilistic matching, are finally gaining traction in the cross-device recognition space. 2017 will be the year in which this technology corrects the inaccuracies of cookie counts.

Improved user identification methods will lead to upheaval within the digital advertising space, as brands, agencies and media buyers hash out not only the inflated head counts but also the duplicative cost of placing ads before the same user, even if he or she is accessing content via multiple devices. Should brands and agencies pay for the same ad to be served to the same consumer over and over again? Improved user identity will be the beginning of the end of the entire metrics debate.

3. More live-streaming options could be a doubled-edge sword

Live video exploded in 2016. At Strike Social, we expect it to rise to the top of people’s most watched content. Brands should prepare for big opportunities with the medium. Companies such as Southwest Airlines, Experian and Nestle, which began broadcasting on Facebook and Periscope back in 2015, know the power of live video to connect on a more personal level.

Brands have branched out from broadcasting content to sponsoring live video in an attempt to further their reach. In addition to Periscope and Facebook, Instagram is moving toward live streaming, giving advertisers another way to tap into audiences and form new relationships. Twitter’s live streaming of NFL games adds to the mix of available platforms for direct engagement with consumers.

Brands will be able to connect with both potential and current customers on a variety of platforms, affording them increased flexibility to choose the placement that best meets their customers’ unique interests and behavior.

That said, with live videos growing popularity, the escalation of available platforms and increased use of brand ambassadors who create their own live feeds, 2017 could see some public relations disasters that result in stricter controls around the creative license.

To preserve their reputation, brands must remain vigilant about the content produced and published by third-party sponsors on social media.

4. Apps will take more of a backseat to mobile sites

Since 2014, app usage has been relatively flat compared to mobile web visits (see chart below). Furthermore, according to the Pew Research Center,app downloaders tend to use a relatively small number of apps on a regular basis. Almost half of app downloaders reported that they use five or fewer apps at least once per week, and just 16 percent indicated that they use more than ten apps on a regular basis.

Only apps with long-term usefulness — such as major e-commerce platforms, social media powerhouses and financial gateways — will have sticking power. As a social media marketer, consider all the positive and negative possibilities before investing in app development. It may not be worth the hassle. Artificial intelligence will yield better conversions through conversations with customers. Facebook started down this path with an Uber deal that lets users hail, track and pay for rides through the social giant’s messaging app. Subsequent brands include Zulily, KLM and 1-800-Flowers.com — all examples of targeted marketing within the platform’s private conversations space.

Facebook’s use of chatbots prepares a new path to be explored by advertisers, especially as the use of improved artificial intelligence and chatbot functionality allow brands to initiate conversations and offer products and services to a wider array of consumers.

Other platforms will take a deeper dive into the technology, as shown by WhatsApp’s expected use of chatbots in 2017 and Google’s recently announced click-to-message ads, an option that opens a prefilled text to perform everyday actions, such as making reservations.

Building off that ability is Wink, a platform that creates branded emojis for targeting within a consumer’s messaging app. For example, a user searches for holiday treats and receives a targeted message from a brand like The Popcorn Factory spotlighting its holiday tins and goodies.

The expanded use of chatbots to improve the customer experience will grow in popularity with both brands and users in 2017, giving social media advertisers better options and more opportunities to reach their customers at multiple touch points.

The data clearly shows subscriptions as the dominant revenue model, comprising 50 percent of 2016 media revenue. People will pay for access to premium content to avoid advertising and benefit from the perception of higher quality offerings.

This trend might be troubling for advertisers, as consumer access of free content has steadily decreased over the past five years, from a high of 23 percent in 2011 to 12 percent in 2016.

Fortunately, media buyers, brands and social media platforms will continue to innovate with advertising options in order to reach consumers and to improve a user’s brand experience. This trend is an opportunity for you to select the platform and ad format that best suits your target audience. 7. Facebook will more aggressively take on Google in search

Google has long dominated the web, with control over how information is both searched and found. But Facebook is making inroads into Google’s share (see graph below).

In July, Mark Zuckerberg revealed that Facebook averages 2 billion searches per day, a 33 percent increase from its record 1.5 billion one year earlier. Slowly but surely, Facebook has been positioning itself as the search engine to discover trending topics and activate audiences.

The platform also launched true keyword search in 2014 and new “chatter” communities to connect passionate users around topics and interests. Other introductory search offerings include “Professional Services,” “Marketplace” and the “Recommendations and Events” tool.

All this suggests a more aggressive push by Facebook to build out its monetization architecture, with the potential of capitalizing on paid search with side bars for comparison, plus paid and sponsored ad placement. Look for Facebook to continue innovating on this front. Stay current with their ad changes, as they may present an opportunity for you to grow your business too. What predictions do you have for 2017?

Tweet us @StrikeSocial to continue the discussion. And cheers to a successful 2017 ahead!

Views: 2239
Thank you for subscribing!
This site uses cookies and other tracking technologies to assist with navigation and your ability to provide feedback, analyze your use of our products and services, assist with our promotional and marketing efforts, and provide content from third parties. Cookies Policy
I'm in