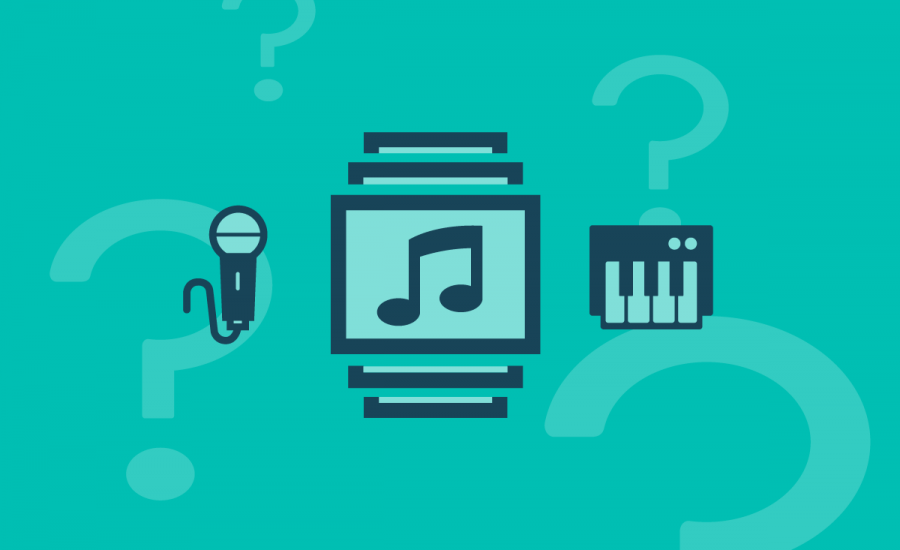 Music in advertising has evolved from the jingles of old to the modern sounds of today, as shown by the addition of popular songs by the likes of Beyonce, Icona Pop or Taylor Swift. Studies have consistently demonstrated that the addition of music can take a ho-hum ad spot from dull to unforgettable, such is the power of music.

The role of music in advertising is rarely studied on its own and statistics as to the prevalence of an ad’s accompanying melodies are few and far between. A 1989 study by Musical Quarterly revealed that approximately three-quarters of ads include music in some way, a ratio that appears relatively stable over the years.

The use of music in advertising is unquestionable, but, do differences in video ad performance exist between the use of royalty-free music and rights managed music? Does one element lead to (or take away) the stickiness that every brand is looking for when they run an ad?

Stay with us as we discuss all things musical, from the meaning of copyrights to the use of royalty free pieces. Final consideration will be given to the discussion of the differences, if any, between the available types of music licenses. Does one perform better than the other? Let’s see:

According to the U.S. Copyright Office, protection occurs at “the time the work is created in fixed form.” It is the property of the creator, and any rights are owned in its entirety by the individual.

If an employer commissions a piece, then the original work belongs to the employer, and not the employee.

This is an important distinction because all music, including royalty free music, belongs to the creator, who can distribute licenses for use by other individuals. A royalty free library only sells a license to use and not the original copyright.

Once a song has been copyrighted, the creator can designate how his music will be used and by whom.

An advertising video will always fall under synchronization, and it is up to the video creator or agency, to negotiate directly with the copyright holder. In some cases, such as what occurs with a popular, heavily played song, final approval and financial terms, will be discussed directly with the artist and his or her agent.

If the song was sold to a royalty free library, you will negotiate directly with the artists designated representative.

With the rise of YouTube video, the need for inexpensive melodies to accompany both personal and commercial videos has increased exponentially. The purchase of royalty free music generally gives a buyer the right to synchronize, plus it affords you the right to use the music time and time again on your video.

Royalty free music is the opposite of “rights managed music” where a purchaser pays royalties according to the number of times the purchased music plays, plus the estimated number of people exposed to the melody. To sum it up, the owner of the video ad pays the royalty company every time the copyrighted music is played.

Now that we understand the differences between copyrights, licenses and royalty free, let’s discuss which type of music performs best in an advertising video

And the winner is…..

A study from the University of Basque tested four ads across a random sample of 540 consumers, ages 15-65. All four ads contained an identical script for a fictitious brand of water; one ad had no music while the other three included music as an ad component.

According to the report:

“The music selected had no lyrics, to prevent any interference with the generation of memories among the participants, and it was chosen following several group sessions with experts from an advertising agency. Finally, two musical versions (with music unknown to the public) were created specifically for the adverts, while the third version (well-known music) used What a Wonderful World by Louis Armstrong.”

Each subject heard only one version of the ad and tests were conducted to determine the listeners’ perception, the emotional reactions elicited and the resulting brand sentiment. Researchers discovered that subject scores were “significantly higher” for the ads with music than the one without. In addition, the study reports that “the average scores were significantly higher in the version using the song by Louis Armstrong than in the other two versions that used unknown songs.”

Additionally, a 2015 study conducted by Nielsen further examined the memorability of ads. Their research showed that popular songs perform best at evoking emotions, a key ingredient to an ad’s stickiness, but for information heavy commercials, a generic, unobtrusive melody improves message recall.

The conclusion by Nielsen? Music ads vs. non-music ads can influence as many as four metrics: creative, empathy, emotive and information. Combine the use of popular music with a trendy artist, as seen in a Hewlett-Packard (HP) ad that used the artist Meghan Trainor and her song “Lips are Movin” and the results prove positive all around. HP saw a 26% increase in total dollar volume during ad air and a 6.53% increase in lift over the previous year.

Putting it all together

The good news from both studies is that the addition of any music type always performs better than an ad without music. So, how do you choose from a plethora of options?

For brands with a limited budget:

Through careful consideration of all the available music and by obtaining the correct license for your needs and budget, you are on your way to a successful video ad. Take your time, for as we’ve learned through research, music brings it all together.

Views: 6436
Thank you for subscribing!
This site uses cookies and other tracking technologies to assist with navigation and your ability to provide feedback, analyze your use of our products and services, assist with our promotional and marketing efforts, and provide content from third parties. Cookies Policy
I'm in